Rental Car Kemi
RentaCarBestPrice.com compare prices from a number of car rental companies and find the best price on car hire. Book with us and get necessary insurance and unlimited mileage included in the price. 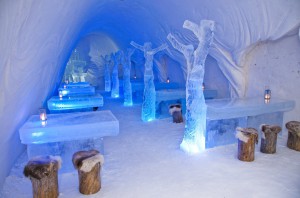 Kemi (about 23,000 inhabitants) is one of Finland’s most important seaports. The city’s main base comes from the local paper industry, which has a long tradition here. Kemi is located deep in the Gulf of Bothnia – in Finland’s northernmost landscape – Lapland.

The world’s northernmost highway runs northwest from Kemi to the neighboring town of Tornio, located right by the Swedish border (and which is connected with the Swedish city of Haparanda). The distance is approximately 27 km.

Kemi’s most spectacular attraction is the world’s largest snow castle – Lumi Linna – which each winter is built up in the harbor area. The castle includes both a play area for children, restaurant, hotel, chapel and a gallery of snow sculptures. The season for Snow Castle lasts from late January to early April.

Otherwise must Kemi Culture mentioned. It is located right in the heart of the city – and it contains among other things library, art gallery and theater.

The nearest airport is the Kemi-Tornio Airport approx 6 km northwest of Kemi center.