Rental Car Hungary
RentaCarBestPrice.com compare prices from a number of car rental companies and find the best price on car hire. Book with us and get necessary insurance and unlimited mileage included in the price. 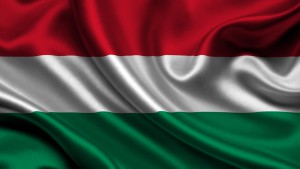 Hungary, which has just under 10 million inhabitants (2009), located in Eastern Europe – and has a common border with Ukraine, Romania, Croatia, Serbia, Slovakia, Austria and Slovakia. The country is divided in two of Europe’s second longest river, the Danube.

The language in Hungary do not resemble the languages ​​in some of the neighboring countries, but is most closely related to Finnish and Estonian.

The capital Budapest, located north of the country, on the Danube, has 1.7 million inhabitants. It is considered one of Europe’s most beautiful capital cities – and is also Hungary’s premier tourist destination. Other major cities are Debrecen, Miskolc, Szegend, Pécs and Gyor.

The main airport in Hungary is Budapest International Airport, located just outside the capital.

National driving licences conforming to the model in Annex 9 of the 1949 Convention, in Annex 6 of the 1968 Convention or with the European Communities’ model are accepted. You must be 18 or over to drive a private vehicle.
Motorists must always carry their driving licence with them while driving.
Pink format or photocard UK licence accepted but International Driving Permit required if green licence held.

While driving in Hungary you are required by law to carry the following items. Hefty on-the-spot fines can be issued for failing to carry specific items:
Headlamp beam deflectors: depending on your vehicle, you will either need deflector stickers or have to adjust the beam manually
Lights: In daylight, outside built-up areas, passing lights must be used at all times, even when travelling on motorways
Warning triangle: compulsory on board all motor vehicles
Reflective jacket: a reflective jacket must be worn in the event of a breakdown or emergency on a motorway. It is also compulsory for motorcyclists
First aid kit: compulsory on board private vehicle
Motorcyclists: riders and all passengers of motorcycles must wear crash helmets.
On where tram rails are placed in the middle of a road, a moving tram or vehicle signalling its intention to turn left must be overtaken on the right.
On motorways and semi-motorways with two lanes in each direction, it is prohibited for lorries and combinations of vehicles over 7.5t, to overtake between the hours of 06:00 and 22:00.
Only motorcycles and private cars may travel permanently in the left lane of roads with two or more lanes.
The use of the horn is prohibited in built-up areas, except in case of danger. It is permitted outside built-up areas when necessary.

Drinking Driving
Zero tolerance on alcohol. Can’t get away with having a beer or wine with dinner, and then driving home. You can lose your license this way. It’s not just a fine, it’s losing your license.

Stopping is prohibited:
If indicated by road signs
On the left-hand side of a two-way street
At any place where the vehicle would obstruct other traffic or obscure a road sign or traffic lights
Within 5m of an intersection
On a pedestrian crossing, and 5m before such a crossing for a car, motorcycle or bicycle, or 15m before such a crossing for any other vehicle
In a bus lane or at a bus stop
On the pavement if the axle weight of the vehicle is over one tonne (a continuous white line on the pavement indicates that a vehicle under one tonne axle weight is allowed to stop on the pavement but forbidden to stop on the road)
Where zig-zag lines are painted on the carriageway (bus stops, etc.)

Wheel clamps are used in Budapest on vehicles which exceed the time allowed by parking tickets by at least 30mins.