Rental Car Finland
RentaCarBestPrice.com compare prices from a number of car rental companies and find the best price on car hire. Book with us and get necessary insurance and unlimited mileage included in the price.

Are you looking for affordable car hire in Finland? Now a day’s it is very popular to rent a car, the majority choose to pick up a car at the airport. With car rental you and your family have the opportunity to take pleasant day trips in the areas surrounding and you will not be dependent on public transport. By comparing prices of car rental from several players, you can save a lot of money. If you prefer to retrieve the rental car in the city center, this is also possible.
The country offers great natural and cultural experiences. It is advisable to book your car rental well before departure, so you’re sure to get just the car that suits you, at the lowest price. In certain periods there may be high demand among rental companies, and the cheapest cars are usually taken first. 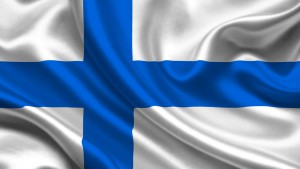 Finland (5.2 million inhabitants in 2009) is located in Europe and is bordered by Norway, Sweden and Russia. The country has maritime border with Estonia in the south, and the coastline of the Baltic Sea, Gulf of Finland, Gulf of Bothnia and Gulf of Bothnia.

Finland has more than 60,000 lakes, and is therefore called “The thousand lakes”. Northernmost part of the country – Lapland – extends beyond the Arctic Circle. The landscape in Finland consists of large forest areas, clay plains, Arctic thickets and marshes. Highest peak – Halti – located 1,324 meters above sea level – with north-west.

Finland has both maritime and continental climate – with mild summers and cold winters. Lapland is the coldest area.

Capital Helsinki (Helsinki) has 580,000 inhabitants (2009), and is located far south of the country by the Gulf of Finland. Helsinki is a major port city and has many tourist attractions and sights. Best known is perhaps Suomenlinna – one of the largest coastal fort that was begun in 1784. The fort is a UNESCO World Heritage Site. Otherwise, the city parks, museums, opera, theater and great shopping.

From Helsinki there are ferry connections to among others Estonia, Germany, Poland and Sweden.

Here some major cities in Finland to visit is Tampere, Turku, Oulu, Jyväskylä, Kuopio and Lahti.

To many people from other European countries, driving on traffic-free roads is a holiday in itself. Roads in Finland are generally in a good condition and empty, with only the evening sunshine to keep drivers company.

Traffic jams on the same scale as central Europe are uncommon in Finland. You might hear complaints about the traffic from Finns, but never from visitors. Their attitude is completely different to that of big-city residents: to a Finn, a delay of a couple of minutes is equivalent to ‘heavy traffic’. There are car hire companies in all major towns and cities, and at airports. It’s worth booking in advance, and you must have a credit card. As long as you have an EU or Swiss driving licence, you can get on the road in Finland straight away.
Traffic jams on the same scale as in central Europe are unknown in Finland. In Lapland you might sometimes have to stop for other road users.
Finnish roads are generally in good condition and there is plenty of beautiful, peaceful scenery along the way for you to enjoy.

Finland has an extensive network of highways. The main rule of this country is slow driving. The main roads are covered with asphalt or gravel; they are in an excellent condition the whole year round. But driving in the winter is not simple; it can be water freezing on the roads, which is not visible when driving, or deep snow. In those cases you should use the accelerator pedal with caution. In winter, all cars including foreign-registered must use winter tyres in December, January, and February.

There are many elks and reindeers in Finland. They often cross the roadways. That is why warning signs are stated in places of probable running animals over. Be careful, especially at twilight time of day.

Driving and drinking is a criminal offence. Drivers who have 0.05 and more alcohol in their blood are subject to immediate arrest.

Drivers must be at least 18 years old.
Driving is on the right side.
Unnecessary engine idling is prohibited.
It is not allowed to sound the horn when driving in built-up areas, except for absolutely necessary.
Everybody travelling by car must use seatbelts.
Children fewer than 153 cm (53 inches) in height must be seated in special child seats. If a child restraint seat is not available, a children over 3 years must travel in the rear seat using a seat belt.
A warning triangle and reflective jacket are obligatory.
Drivers must leave a safe gap when driving past pedestrians, cyclists, or moped riders.

Usage of mobile phone is restricted to the use of hands-free devices.
Using lanes reserved for public transport is prohibited; drivers may use only enter to them when preparing to make a turn.
Drivers must give way to pedestrians and cyclists if they are already on a pedestrian crossing.
It is not permitted to block junctions.
Day-time running lights or dipped headlights must be on at all time while driving, even during daytime.
Hazard warning lights may only be used in an accident or if the vehicle has had to stop in a place dangerous to other traffic.
The Third-Party Liability Insurance is required.

Driving licenses of European Union countries and Nordic countries are valid in Finland. A permanent resident of the country that has signed the Geneva or Vienna Road Traffic Convention who is a holder of the National driving permit and International driver license is entitled to drive motor vehicles for up to one year after entering to Finland. Driving licenses are not issued in any of the signatory counties cannot be used for driving in Finland. However, the police can grant a provisional driving license for one year not more without examination. Then the Finnish driving examination must be taken.

The general emergency number is 112.

When you rent a car through us in Finland, you are guaranteed a lowest price possible, since we compare multiple companies. Some of the companies we compare in Finland is Avis, Budget, National, Alamo and Europcar.