Rental Car England
RentaCarBestPrice.com compare prices from a number of car rental companies and find the best price on car hire. Book with us and get necessary insurance and unlimited mileage included in the price.

Are you looking for affordable car hire in England? Now a day’s it is very popular to rent a car, the majority choose to pick up a car at the airport. With car rental you and your family have the opportunity to take pleasant day trips in the areas surrounding and you will not be dependent on public transport. By comparing prices of car rental from several players, you can save a lot of money. If you prefer to retrieve the rental car in the city center, this is also possible.
The country offers great natural and cultural experiences. It is advisable to book your car rental well before departure, so you’re sure to get just the car that suits you, at the lowest price. In certain periods there may be high demand among rental companies, and the cheapest cars are usually taken first. 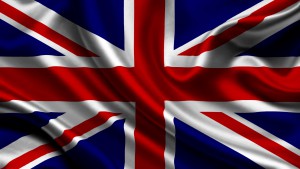 England is located in southeastern part of the United Kingdom (officially: the United Kingdom of Great Britain and Northern Ireland), and is the largest and most populous country on the island. England has 51 million inhabitants (2008), and is bordered by Scotland to the north and Wales to the west. The country also has coastline on the North Sea, Irish Sea, the English Channel, the Celtic Sea and Bristol Channel.

The landscape of England is mostly characterized by lowlands, but in the north and northwest highlands something. Highest mountain is Scafell Pike – located 987 m Southwest of the country’s rugged sandstone and granite.

Capital and world metropolis of London has 7.5 million inhabitants (around 12 million. In metropolitan area), situated by the river Thames in Southeast England. The city is one of the key political, economic and cultural centers in the world. London has many world-famous landmarks, including Buckingham Palace, London Bridge, Parliament, Big Ben, London Eye and British Museum, just to name a few.

The most visited cities in England are London, Manchester, Birmingham, Bristol, Leeds, Blackpool, York, Scarborough, Newcastle-Gateshed and Liverpool. Several of these cities have international airports.

The minimum age for driving a car in the UK is 17, and you must adhere to this law regardless of what the minimum driving age in your home country is. Driving in Britain, whether on a UK license or a foreign one, automatically makes you subject to the British Highway Code.

Seatbelts must be worn by all passengers at all times.

Until a child reaches the age of 14, it is the driver’s responsibility they wear a seatbelt. If a child is less than 1.35 m (4 feet and 5 inches) tall, the driver must provide a booster seat or a child seat. If you are pulled over and these regulations aren’t met, you, as the driver, will incur a fine.

For England and Wales, the legal limit of alcohol that may be found in a driver’s blood is 0.8%. In Scotland the limit is at 0.5%.

Hand-held mobile phone usage while driving is illegal and will also result in hefty fines and penalty points on your license. Although hands-free mobiles are tolerated, you may face a penalty as well if the police suspect this to be the reason for your involvement in an accident.

Be aware of illegal parking, especially in cities, as it may result in wheel clamping and/or towing at the owner’s expense.

Speeding, as in most countries, is illegal, and penalty points and monetary fines will be incurred. Be wary of speeding traps: speed cameras and automatic license plate recognition are the norm on British roads. Speed limits for cars are 48 kmph (30 mph) in towns and cities, 96 kmph (60 mph) on single-lane carriageways, and 112 kmph (70 mph) on dual-lane carriageways, as well as motorways.

For every traffic violation, you receive penalty points on your driving license. If you receive more than twelve penalty points within three years, your permit will be automatically revoked. Depending on the individual offense and/or your total number of penalty points, you may also face a fine, an appearance in court, a longer disqualification from driving or even jail time (in very serious cases).

To get the specifics on which procedure you need to follow to reapply for your license, check your driving record. New drivers should note that their license will be suspended if they get more than five penalty points within the first two years of driving.

These regulations only apply to Great Britain, i.e. England, Scotland, and Wales. If you move to Northern Ireland, there are separate regulations.

Here you will find list of Airports in England.

London Heathrow Airport is the largest and busiest international airport in the UK. The airport is 24 km west of central London.

Through RentaCarBestPrice.com book cheap car hire at all airports and in most major cities and resorts. Order your car today!