Rental Car Egypt
RentaCarBestPrice.com compare prices from a number of car rental companies and find the best price on car hire. Book with us and get necessary insurance and unlimited mileage included in the price. 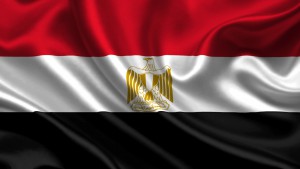 Egypt is an Arab republic located in North Africa – and partially in Southwest Asia (due to the geographic location of the Sinai Peninsula). Egypt has 83 million inhabitants (2009) and borders Libya, Sudan, Gaza Strip and Israel. The country has coastline on the Mediterranean Sea in the north and the Red Sea to the east. The river Nile, which is considered the world’s longest, flows through Egypt.

Egypt has mostly desert landscape on both the east and west side of the Nile – which includes parts of the Sahara Desert and Libyan Desert. The country also has desert climate, with hot, dry summers and mild winters.

The capital Cairo is northeast of the country and has 16 million inhabitants (2009). Cairo is Africa’s largest city – and center for learning, culture and commerce. The western part of the city has government buildings and modern architecture, while on the east side are several landmarks – including the ancient mosques.

Near Cairo, one can visit the world-famous Giza pyramid complex, with ia Sphinx, Giza and Pyramid of Khafre.

Sharm el Sheik on the Red Sea – specifically on the southern tip of the Sinai Peninsula – and is a popular seaside resort for tourists. Here are inviting sandy beaches, crystal clear waters and luxury hotels.

In be able to drive a vehicle in Egypt, you must be at least 18 years old and have a full driving licence valid in your country of residence.

To hire a car in Egypt, foreigners need to be at least 25 years old and have an International Driver’s license, besides their regular driver’s license and a valid passport.

Driving in Egypt is done on the right-hand side of the road.
Traffic lights in Cairo are often not operational, but there are police officers at intersections signalling what cars have right of way.
Seat belts are mandatory when driving a hire car in Egypt.
The use of a mobile phone while driving is prohibited, with the exception of a hands-free system.
Drivers are to carry a valid driver’s licence, registration documents and insurance documents at all times while driving.
Petrol stations in Egypt open from 8am to 8pm with some stations also having mini-markets.

There are some toll roads in Egypt, like the Cairo-Alexandria road.

It’s not always easy to find a parking spot in Egypt. In big cities, you can frequently find people who will help you park for a tip. You’ll also be able to find valet parking for your car hire in Cairo on some shops and cafés. When driving outside Cairo and other major cities, parking is easy.

The country’s busiest airport is Cairo International Airport, which is 22 km northeast of the capital.