Rental Car Copenhagen
RentaCarBestPrice.com compare prices from a number of car rental companies and find the best price on car rental. All prices on car rental in Copenhagen include necessary insurance and unlimited mileage.

Are you looking for affordable car hire in Copenhagen? It is very popular to rent a car in Copenhagen, the majority choose to pick up a car at the airport. With car hire in Copenhagen you and your family have the opportunity to take pleasant day trips in the areas surrounding the city, and you will not be dependent on public transport. By comparing prices of car rental in Copenhagen from several players, you can save a lot of money. If you prefer to retrieve the rental car in the city center, this is also possible. 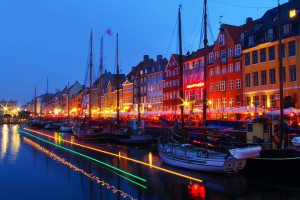 Copenhagen is situated on the island of Zealand by Øresund, and is the capital of Denmark. In the town itself there are about 670,000 inhabitants (2008), while in the whole metropolitan area lives almost 1.2 million. The town was founded in the 1100s.

As the capital with a long history of Copenhagen has of course a lot of interesting sights – both historical and other species. Some of the most famous sculpture is The Little Mermaid at Langelinie, Round Tower (built in 1642 as a stand alone tower to Trinitatis Church) and Tivoli (Scandinavia’s most famous theme park, which opened in 1843).

Otherwise, there are several great castles facilities in Copenhagen, where the Amalienborg Palace is the foremost. It was built as a royal residence in the years 1748-1760, and is still the Danish monarch’s main residence. Rosenborg Slot, situated in the beautiful park Kongens Have, the oldest of the palaces in the city. It was erected in 1632 – and currently houses the Museum of Cultural History. Christiansborg Palace on Slotsholmen was first listed in 1730, but was later damaged in two large fires. Today’s Christiansborg was inaugurated in 1907, and here keeps Parliament, the Supreme Court and the Danish Prime Minister.

Other older buildings in the city are the oldest parts of Copenhagen University, which was founded already in 1479 (Scandinavia’s oldest). Nearby is St. Petri church from 1586. Otherwise, there are several beautiful parks in Copenhagen, where the big Ørstedsparken is one of the city’s most popular recreation areas.

Otherwise, Copenhagen has a rich cultural life, and the museum front must especially include the National Museum and art institutions Statens Museum for art, Ny Carlsberg Glyptotek and Thorvaldsen’s Museum (which has its origins in the famous sculptor Bertel Thorvaldsen). The city’s newest cultural attraction is the impressive Opera House on Holmen, which was inaugurated in 2005.

Copenhagen has of course also a vibrant and varied shopping and nightlife. The pedestrian zone “Strøget” is one of Scandinavia’s most famous shopping district – and in the old port Nyhavn (which in earlier times had a relatively bad reputation) is the inviting restaurants in a row.

Copenhagen Airport Kastrup, which is Scandinavia’s largest airport, located on Amager, 8 km southeast of Copenhagen city center. All prices on car rental in Copenhagen include liability insurance, even business insurance, theft insurance, and any airport taxes. Car hire in Copenhagen has never been cheaper. Prices quoted are compared from renowned companies such as Sixt, Alamo, Hertz, Budget and Europcar.

Copenhagen has a well-developed road and highways are toll-free. As in other major cities, there may be heavy traffic and congestion during peak times. Copenhagen operates with 3 parking zones, and P-fee is higher the more central one park. Are you going to stay in central Copenhagen, you should investigate whether the hotel offers guest parking.

With car hire in Copenhagen you can take short or long car trips outside the city, and discover new and exciting areas in the region.

take a day trip from Copenhagen to Malmo in Sweden via the Øresund Bridge. The distance is 42 km, and the bridge is 15.9 km long. There are many great places to visit in Malmo – including Malmo Castle from the 1530s, which also has an art museum and a cultural history museum. Other attractions include St. Petri Church from the 1300s, the 190 meter high skyscraper “Turning Torso” and theme park “People’s Park”. A visit to Malmo summer, one should also stop at the great swimming beach Ribersborg.

It takes a toll to drive over the Öresund Bridge.

With a rental car you can also drive to the city of Odense, on the island of Fyn – and is Denmark’s 3rd largest city. Odense is situated 165 km west of Copenhagen and is known as HC Andersen’s birthplace. Here you can visit the author’s childhood home and a museum dedicated to his life and work. Nearby attractions Odense are ia The cathedral from the 1300s and the open air museum “The Funen Village”. A little south of downtown Nonnebakken – where one can see the remains of a Viking fortress from 1000 B.C.