Rental Car Charles de Gaulle Airport
RentaCarBestPrice.com compare prices from a number of car rental companies and find the best price on car hire. Book with us and get necessary insurance and unlimited mileage included in the price. 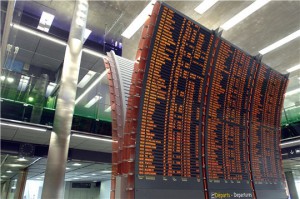 Charles de Gaulle (CDG) is the largest airport in Paris and the second in Europe by number of passengers (the first is in London Heathrow). In 2010 more than 58 million passengers passed through airport. Also it is known as Roissy Airport.

The Charles de Gaulle airport is quite large and has 3 terminals. The second of these has different lobbies interconnected. To move between different terminals there is a free bus.

The airport has a bank, ATMs, currency exchange offices, post offices, VIP lounges, workstations, mobile services, public telephones and free of charge Wi-Fi. Hotels in and around the premises have conference rooms.

Throughout all terminals can be found many restaurants, fast food restaurants, cafes, bars and vending machines. There are options with international and local meals.

Several hotels are sited within the premises of the airport:

Also nearby are located: