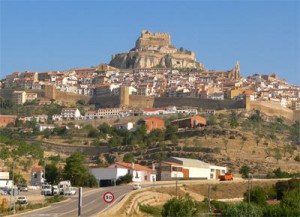 Castellón is a province in the northern part of Valencia, Spain. It borders the provinces of Valencia to the south, Teruel to the west, Tarragona in the north and the Mediterranean to the east. The west side of the province is located in the mountainous Sistema Ibérico area.