Rental Car Boulogne
RentaCarBestPrice.com compare prices from a number of car rental companies and find the best price on car hire. Book with us and get necessary insurance and unlimited mileage included in the price. 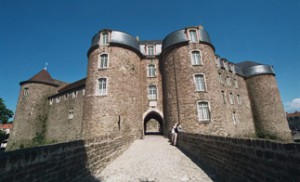 In Roman times, the city was an important crossing place to Britannia, also known as Gesoriacum, later as Bononia. Emperor Claudius used the city as a base when he invaded Britain in the year 43. The city belonged to Burgundy from 1419 to 1477, and later became French. During the First World War the city was the main supply port for British forces in France. During the occupation from 1940 to 1944 the city was exposed to hundreds of air raids, which had an especially strong out of the newer districts. The city’s oldest neighborhood, Hauteville, is surrounded by walls from the 1200s. The newer town, Basse Ville, located on the waterfront.

Lille Airport is approximately 105 km from the center of Boulogne-sur-Mer.