Rental Car Bosnia
RentaCarBestPrice.com compare prices from a number of car rental companies and find the best price on car hire. Book with us and get necessary insurance and unlimited mileage included in the price. 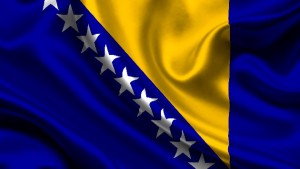 Bosnia and Herzegovina is situated in southeastern Europe and has 4.6 million inhabitants (2009). The land adjacent to the west of Croatia, and Serbia and Montenegro to the east. On the south coast, the country has a small coastline on the Adriatic sea. The landscape of Bosnia-Herzegovina is mostly characterized by mountains and valleys and is centrally located in the Dinaric Alps. Highest peak is Maglic, located 2386 meters above sea level Approximately half of the country is covered by forest, but there are also fertile farmland in the northern districts.

The country was formerly part of Yugoslavia, but after the Civil War in the period 1992 – 1995 were Republic of Yugoslavia dissolved. Regions Bosnia and Herzegovina, which has never had a clearly defined boundary between themselves, then became a separate state.

The capital Sarajevo has about 420,000 residents – and hosted the Winter Olympics in 1984. The city lies in a valley surrounded by high mountains. Sarajevo is a popular winter resort with great resorts in the mountains Jahorina, Bjelasnica and Igman (which is just east of town). Sarajevo also has historical and cultural tourist attractions.

Other major cities in Bosnia-Herzegovina are Banja Luka, Bijeljina, Srebrenica, Tuzla, Zenica and Mostar. The country has experienced a strong increase in tourism in recent years, and the country’s only seaside town – Neum – is a popular bathing and holiday resort.

For driving in Bosnia and Herzegovina, European Union residents must be at least 18 years old and have full driving licenses. Other visitors from non- European Union countries should have valid International driving permit further to their original driver licenses.

Speed limits for vehicles with trailers:

Traffic moves on the right side.
Overtaking is on the left side of the road.
Dipped headlights are obligatory for 24 hours per day all the year round.
It is not permitted to transport children under 12 years of age in the front seats.
Children under 5 years must be transport in special child seats.
Using seatbelts is obligatory for drivers and all passengers.
It is not permitted to use mobile phones without hands-free system while driving.
The winter tyres are obligatory from 15 November to 15 April.
It is required to have in the car: spare lamps, a spare wheel, first-aid kit, reflecting waistcoat, towing cable and two warning triangles.
Use of radar detectors is forbidden.

Country has some toll roads. The tariff for journey depends on category of a vehicle. The category of a vehicle is defined proceeding from their height and quantity of axes. Payment for journey on the highway is possible in two ways – in a manual mode and automatic. In case of automatic payment, it is necessary to get in advance the special device and to equip with it the car.

In case of violation of traffic regulations, the penalty for not considerable violation can be paid on a place. For serious violations, the court resolution is taken out.
Drivers must carry at all times while driving a valid driver license, car registration documents and insurance documents.

The police phone number is 122.

Sarajevo International Airport is one of the largest and most important airports, and is located 12 km southwest of the capital.

Try our search engine above to see rates on car rental in Bosnia. Some of the companies we compare in Bosnia include Sixt, National, Budget and Avis.