Rental Car Belgium
RentaCarBestPrice.com compare prices from a number of car rental companies and find the best price on car hire. Book with us and get necessary insurance and unlimited mileage included in the price. 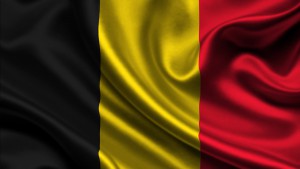 Kingdom of Belgium (10.4 million inhabitants in 2009) located in Western Europe, and is one of the smallest and most densely populated countries in Europe. The country borders the Netherlands, Germany, Luxembourg and France. Belgium also has coastline on the North Sea.

The country has a rich artistic and cultural, as well as a living folklore tradition – and is also known for its many beautiful castles.

The landscape consists of coastal plains in northwest with dunes and dikes, fertile and hilly area in central Belgium as well as forest and mountain areas in the southeast. The country’s highest point – Signal de Botrange – is located 694 m

Belgium has a coastal climate north of the country with cool winters and mild summers. Farther south, there is a more continental climate.

The capital Brussels (Bruxelles) has 148,000 inhabitants (2009), but when the entire region, the population is increasing to the whole 1.8 million. Brussels is the headquarters of both the EU and NATO. Town Square, Grand Place / Grote Markt, UNESCO World Heritage Site. The place is a major tourist attraction and contains the town hall and a number of other old buildings.

Belgium has a good network that is well built; its highway system is among the best lit in Europe.

Vans and motor-homes weighing over 3.5 tones should never exceed 90 km/h; on roads with more than three lanes, they must not use the left-hand lane.

Belgian roads are labeled by alphabet letters:
A-roads connect major cities and international destinations
B-roads are between smaller cities.
R-roads are ring-roads that are around large cities,
N-roads connect secondary cities and towns.

The alcohol/blood limit is 0.5 grams of alcohol per liter of blood. If it is found that a driver has more alcohol, he will be fined. In some cases, a driver permit may (for example, if a driver holds a driver licenses less than two years) be confiscated immediately.

While driving in Belgium, any driver must to carry in his car:

Driver license and International driving permit if it is required
Passport
Insurance certificate
Vehicle registration documents
The basic traffic rules in Belgium are:

Traffic flaw on the right side of the road; overtaking is on the left side.
The minimum age for driving is 18 years.
Road signs are usually in the local language, and signs can change language suddenly when driving through Belgium.
It is the “Priority from the right” rule: coming from the right cars always have priority, unless priority road signs have been posted.
Pedestrians have priority at pedestrian crossings.
Trams have priority when their passengers getting on or off.
The third party vehicle insurance is mandatory.
Valid driving permits from all European Union countries are accepted. Drivers from other countries should have valid International driving licenses and National driving permits. Drivers from non-European Union countries may drive with their International driver licenses for six months; they must also carry their National driving permit all the time while driving.
While driving, drivers may only use cell phones with hand-free systems.
Drivers and all passengers must wear seat-belts; a driver must ensure passengers wear their seat-belts.
In tunnels, headlights must be used any time, even during the day.
Drivers involved in an accident must stop and help injured people.

Driving under the influence of drugs is prohibited.
A yellow line on the curb means “no parking”.
Parking within 15 meters of a bus, tram is prohibited. Parking near where tram or rail lines cross the road is prohibited too.
A red triangle (Axe Rouge/Ax Rode) means that parking is not permitted at hours 07:00-09:30 and 16:00-18:00.
Anybody who is staying in Belgium for more than one year must register their vehicle. A holder will not pay import tax if he has a proof that a car was bought at least six months previous to arrival in Belgium.
Motorways are toll-free. The Liefenhoeks Tunnel does only require a toll.
It is not allowed to devices that actively search for speed cameras or interfere with police equipment.
In built-up areas, horn can be used only in cases of extreme danger.
Using cruise control on motorways is illegal.
Any standing vehicle must have its engine switched off, unless absolutely necessary.

All prices on car rentals in Belgium include liability insurance, even business insurance, theft insurance, and any airport taxes.