Rental Car Belarus
RentaCarBestPrice.com compare prices from a number of car rental companies and find the best price on car hire. Book with us and get necessary insurance and unlimited mileage included in the price. 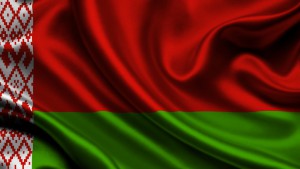 Belarus is an Eastern European state that has common borders with Russia, Ukraine, Poland, Lithuania and Latvia. The country covers an area of ​​207,600 km2 and has a population of just under 10 million (2008).

Belarus’ capital – Minsk – has about 1.8 million, and with it also the country’s biggest city. Other major cities – all with between 300,000 and 500,000 inhabitants: Homel, Mahiljou, Vitsebsk, Hrodna and Brest-Litovsk.

Belarus’ history has been turbulent, and the period 1917-1991 the country was part of the communist Soviet Union. Because of the close historical ties to neighboring Russia – especially in the Soviet period – is Russian the dominant language, but also the related Belarusian language has official status.

The landscape of Belarus is relatively flat (highest point: 345 m), characterized by wide moorland, forests, rivers and lakes – and when it comes to climatic conditions, it is a humid continental climate dominates. The country’s main natural attraction is Bialowiza Forest – Europe’s only preserved lavlandsurskog, which is on the UNESCO World Heritage List. Part of it is located in Poland.

The country has several interesting castles and palaces – and among these there are two UNESCO World Heritage: Mir Castle Complex, which was begun in the 1400s and completed about 100 years later – and Njasvizj Castle, built ca. 1600. These castles located in the same area (the distance between them is about 30 km) – a little southwest of the capital Minsk.

A foreign visitor can drive in Belarus if he has an International driving permit and original documents confirming his ownership of the car. It is permitted to drive in Belarus with the International Driving Permit for three months. If visitor plans stay longer in the country, he must obtain the Belarusian driver license. For obtaining the Belarusian driver license, applicant must pass a two-part test in Russian. At first, it is necessary to take a computer-based multiple-choice test on Belarusian driving rules. Second, it is required to pass a driving test. To receive a Belarusian driver license, it is mandatory to complete a medical exam at a special medical clinic. The medical exam includes: a general physical; approval form from a neuro-pathologist; a surgeon; an EENT specialist; an ECG; a chest x-ray; an eye exam.

For drivers who have hold driving permits less than two years, the maximum speed limit is 70 km/h.

Traffic drives on the right.
The minimum driving age is 18 years.
Drivers are obligatory to give way pedestrians at pedestrian crossings marked by respective road signs or road marking.
While driving, using hand-held cell phones is prohibited.
While driving, it is required to have a valid driving permit, car registration documents and insurance papers.
A driver and passengers in front seats must wear seat belts.
It is not permitted to ridden children under 12 years in front seats.
Children under the age of 12 must be seated in a suitable child restraint system.
The one lap child is permitted per adult if adult is on a back seat and use a seat belt.
It is mandatory to have in a car the first-aid kit, fire extinguisher, and warning triangle.
Third party insurance is compulsory.
Radar detectors are prohibited. Use of anti-radars devise is not permitted.
Police is permitted to check any car to check documents.
It is not permitted to drive a dirty car.
It is not permitted to stop and park: in places where the distance between the continuous line of road marking and the stopped vehicle is less than 3 meters; at pedestrian crossing and between 15 meters from them in both sides; at intersection and less than 15 meter from them; on and under bridges, overpasses, platforms except specially equipped places for parking; on railway crossings and 50 meters from them in both sides; on tram ways; at public transport stations and less than 15 meter from them.

Most traffic signs are in Cyrillic script only.
Checkpoints are common on roads.
Driving in winter can be dangerous as ice and snow. Winter tires are not compulsory, but they are highly recommended.
In Belarus, there is one toll highway M-1/E-30 from Brest to Moscow.
Visitor from many countries must pay road tax at the border. It is introduced to communicate with Belarusian Traffic Police and know requirements for visitors from your country.
The International motor insurance certificate (Green Card) is valid in Belarus. As for other foreign insurance policies, only few of them are accepted in Belarus so a foreign driver should take the Belarusian insurance; he can purchase it at the border.

The Police phone number is 02.