Rental Car Paris
RentaCarBestPrice.com compare prices from a number of car rental companies and find the best price on car hire. Book with us and get necessary insurance and unlimited mileage included in the price. 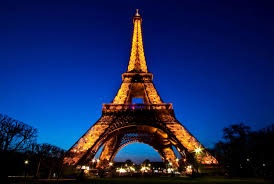 Paris is the capital of France and the Ile de France region. Incorporated in the only unidepartamental commune in the country, is situated on both banks of a long loop of the Seine River in the center of the Paris Basin, between the confluence of the River Marne and Seine upstream and Oise and Seine, downstream.

Paris constitutes a separate department (county) and is also the focal point in the region Île-de-France. River Seine splits the city center in half – Rive Gauche (left bank) and Rive Droite (Right Bank).

The Paris region (Ile de France) is, along with London, one of the most important economic centers in Europe. With 607 billion euros (845 billion dollars), produced more than a quarter of the domestic product Gross (GDP) of France in 2011 La Défense is the main business district in Europe, houses the headquarters of almost half of major French companies, as well as the headquarters of twenty of the 100 largest in the world.

The city is the most popular tourist destination in the world with over 42 million foreign visitors per year has many of the most famous and admired monuments of the world. Eiffel Tower, Notre Dame Avenue Champs Elysees, Arc de Triomphe, the Sacré Cœur, the former Hospital of the Invalides, the Pantheon, the Arch of Defense, the Opera Garnier and Montmartre, among others. It also hosts world-renowned institutions: the Louvre (the most famous and most visited museum in the world), the Orsay Museum and the National Museum of Natural History France, as well as an extensive system of higher education of international standing.

It can be made a very long list of all the sights of Paris. Among the most famous is the Eiffel Tower, Arc de Triomphe, churches Notre Dame and Sacre Coeur, Invalides, the Panthéon and parade street Champs-Elysées. And the city’s many museums are art museums Louvre and the National Museum of Modern Art in the Pompidou Centre the most visited.

Otherwise, the picturesque Latin Quarter on the Left Bank, artist quarters of Montmartre hill (near Sacre Coeur) popular cherished holy – and one in Paris, one must also enjoy the typically Parisian café life. Passengers traveling with children, a visit to Disneyland Resort Paris about 30 km east of the capital are unlikely to avoid.

France has good infrastructure, and an extensive network of highways (“Autoroute”). A large percentage of highways are toll, and one can choose whether to pay by card or cash. Paris is surrounded by numerous highways, leading to most major cities in France.

Driving into the center of Paris can be stressful, and it is not recommended for novice motorists. It is also often difficult to find parking space. Should you still run into Paris, it might be wise to book car rental with GPS – so that one easily find the way. It is also recommended to book a hotel in Paris that offers parking for its guests.

With a rental car in Paris can take shorter or longer journeys outside the city, completely at their own pace. Passengers traveling to Paris on a family vacation, you should definitely visit Disneyland Paris, located 43 km east of the center. Disneyland Paris include 2 theme parks – Disneyland Park and Walt Disney Studios Park. The latter theme from the film world.

Another tip is to drive to the Château de Versailles, located just 24 km southwest of Paris. The castle was built in the 1600s, and is one of the largest palaces in Europe. The place was a royal residence in the 1600s and 1700s, and is surrounded by an exceptionally beautiful castle park. The building has a total of 700 rooms, and the main attraction is Speilsalen, located right in the castle and is decorated with 357 mirrors.

If you want a slightly longer day trip by car, you can drive to the small town of Giverny, located 76 km northwest of Paris. The famous French artist Claude Monet lived in Giverny from 1883 until his death in 1926. Today, the house where he lived and the beautiful garden turned into a museum. Many of the motifs for Monet’s most famous paintings are taken from this garden. The museum is open daily March 27 – November 1, 2015. There is a café and gift shop on site.