Rental Car Costa Rica
RentaCarBestPrice.com compare prices from a number of car rental companies and find the best price on car hire. Book with us and get necessary insurance and unlimited mileage included in the price. 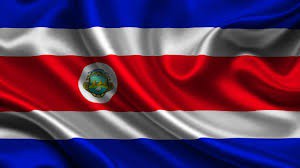 Costa Rica is located in Central America, and has 4.2 million inhabitants. The country is bordered by Nicaragua to the north and Panama to the south, and has coastline on the Caribbean Sea to the east and the Pacific Ocean to the west and south.

Costa Rica is known for its varied and lush scenery with exotic animals and birds. The landscape consists of mountains and volcanoes, grasslands, lakes, sandy beaches, lagoons and tropical rainforest. The highest mountain is Cerro Chirripó, and is 3820 m The country’s highest volcano called Irazú, measuring 3432 m

Costa Rica’s primary language is Spanish, and tourism is the country’s main industry.

Middle of the country is the capital San José, which has about 350,000 inhabitants. San José is a modern city with many great park and gardens, museums, theaters and nightlife venues.

Driving is the best way to see the Costa Rica areas at own pace. Foreign visitors may drive with their valid driver licenses (issued at least one year previously) and International driving permits for three months after the entry date into the country.

The permitted blood alcohol level is 0.05.

Traffic moves on the right side of the road.
The minimum driving age is 18.
It is not permitted to drive on beaches and voids all insurance.
It is mandatory to wear seatbelts for drivers and passengers in the front and rear seats.
The Collision coverage and Liability coverage insurance are mandatory in Costa Rica for all drivers.
It is not permitted to turn right on red lights.
It is not permitted to talk on a cell phone while driving.
Drivers must carry their driver licenses all the time when driving.
Throwing garbage from the vehicle is illegal.
Over-taking on the right-hand side is not allowed.
It is required to keep safe following distances.
Children under 12 may not travel on the front seat. Baby seats and Booster seats are obligatory for them. Babies under 12
months and weighing less than 10 kg must be transported in a rear-facing child seat.

In Costa Rica, road signs are displayed in Spanish. There are many STOP, DANGER, and WINDING ROAD signs.
The road condition varies. Animals, slow moving or broken down vehicles are common on many roads.
As in Costa Rica, there are many gravel and dirt roads, 4 wheel drive vehicles are helpful.
It is recommended to avoid driving at night and driving and parking in poorly lit areas. Car doors should be locked at all times and windows shut.
If a driver is fined, he must should pay at the nearest state owned bank and give a copy of the receipt to the rental car company. The driver should not give money directly to the police officer.
In Costa Rica, there are some toll roads; the most used is the road from San Jose to Caldera.
As a rule, to rent a car a driver must be 21 year of age. Some hire car companies require 25 years as a minimum driving age.
Traffic police can stop any driver for speeding or not wearing a seatbelt.
Foreign visitors, who are going to drive in Costa Rico, are required to purchase temporary insurance for a minimum of one month.
It is obligatory to carry a valid driver license and car title, a vehicle registration and insurance cards.
During the rainy season many roads turn into mud.
It is recommended do not stop for hitchhikers.
The law allows police officers to perform alcohol test any driver.
Bridges in Costa Rica can be very narrow and many do not have guardrails.

If a vehicle is involved in an accident, its driver must do not move his vehicle and wait a police officer arrives.

Through us you can book car hire at most destinations in Costa Rica including the capital San José and at all major holiday destinations.